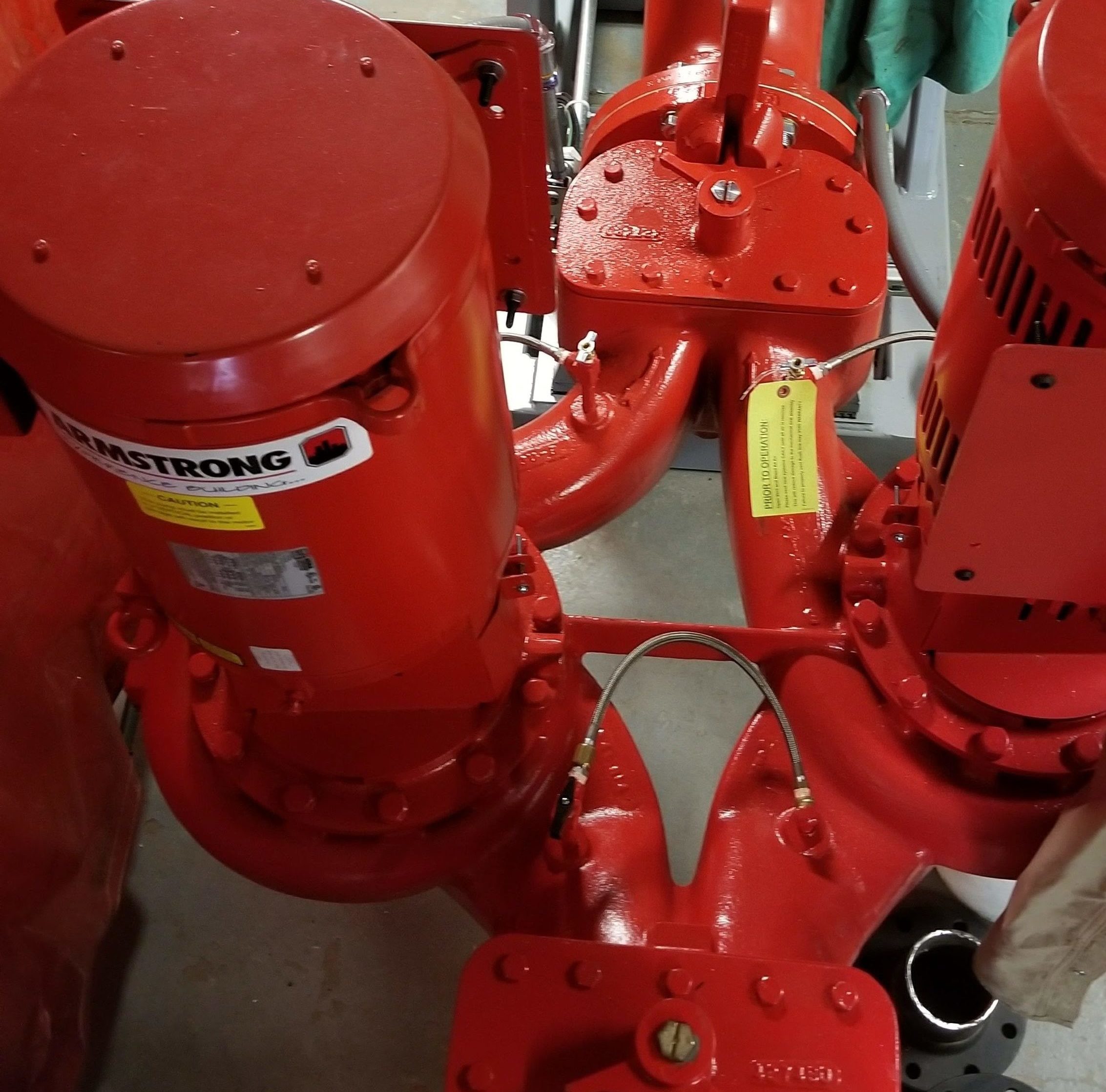 One of the world’s largest pharmaceutical companies had a problem. Four steam-to-hot-water heat exchanges serving four dissimilar heating-hot-water systems were reaching the end of their serviceable lives. The four distribution systems had vastly different system curves, hydronic characteristics, and serviced different end-uses. Testing showed that significant changes to the operating pressures of these four systems resulted in leaks, so whatever the solution was, the distribution systems couldn’t be affected. With four old heat exchangers in the same room needing replacement, the pharma wanted the highest value solution and that is what Enica delivered. The solution tied the four hydronic systems into one skid-mounted hot water HX with a custom distribution manifold designed to maintain independent pressure control on each of the four heating loops.

On the hydronic side we implemented a method of cascade pressure control. Each control valve among the four manifold branches maintains remote differential pressure to its individual loop. The pump speed is controlled to keep one valve nearly 100% open at all times. This approach allowed the system to maintain independent pressure control while increasing the performance and stability of the system, all with one heat exchanger and one pump set. Consolidating the heat exchangers achieved the lowest first cost and a significantly lower maintenance burden. The cascade pressure reset ensured the lowest possible pump energy use.

Steam control presented its own challenges. The required annual steam control range is considerable, and we did not want a 1/3 – 2/3 control arrangement because we, as an industry, simply don’t need this type of complexity and cost given technology available today. Our solution was to install a single characterized ball valve to avoid unnecessary mechanical cost, control complexity, maintenance burden, and steam leak-by which globe valves are notorious for. By modeling the range of flow and expected thermal lag, we were able to match an equal-percentage valve characteristic to the thermodynamic performance of the heat exchanger to achieve a nearly perfect linear relationship between valve position and thermal output. This made for an easy-to-tune control valve PID as well.

The project was a complete success, achieving a simplified working solution, out-of-the box optimized control, a near-zero maintenance requirement, and doing all of this within a shutdown window shorter than a morning commute.

In this example our customer has already forgotten about the system… because it works!